JPJA is a book NFT from June 2014. It was a visionary project that outlined the modern NFT economy.

Also on the same day: Five JPJA tokens are sold on the DEX for 0.01 BTC.

August 2014: Another 10 JPJA are sold for XCP over three separate DEX trades.

August 15, 2014: A forum user who bought JPJA tokens, reveals that it inspired him to launch his own book project. 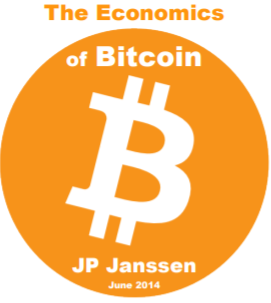 I knew crypto tokens were a revolutionary new financial primitive. I wanted to show the immense potential by issuing some tokens in a real project – even if only for symbolic amounts.

Since I was fascinated by bitcoin, and had been so for a while, I decided to write a book on the topic. If I could raise some money by selling book tokens, I would prove that:

“[B]itcoin is more than just a payment system. It is a financial platform of endless opportunities”.

The idea was that any person could mint tokens like companies issue shares. These tokens could even mimic an IPO and be traded on a decentralized exchange. All for pennies! Compare this to the hundreds of thousands of dollars an IPO and stock market listing would cost in the old world of finance.

For investors the benefit would be no less significant. Since crypto tokens have a second hand market and can be traded risk-free with anyone on the internet, the DEX is arguably even better than the stock market.

Even though the token economy at the time was non-existent, I did raise a few dollars worth from “investors” willing to take part in the experiment. This proved that it was possible for anyone, anywhere, without permission to issue scarce tokens to fund their project. The modern NFT economy runs on this principle.

The second goal of the project was to raise some revenue. I opted for bitcoin tipping by encouraging readers to leave a tip for the otherwise free ebook. I didn’t expect much tip, but thankfully I did a receive a few dollars. Since the tip address was public, anyone could (and still can) verify the amount received.

The third part was to pay out the dividend. As promised, all tip revenues were paid out to the token holders. This was very easy since Counterparty tokens are held by Bitcoin addresses. I simply took the list of JPJA holders and paid them proportionally in a single bitcoin transaction.

Although the second and third part are not that relevant to the current NFT economy, I do predict that competition will drive more NFT projects to provide an underlying revenue model.

JPJA is first or very early in some major categories.

My assets – JPGOLD, OLGA, and JPJA – are the first tokens with scarce, fixed-supply indivisible tokens on Counterparty. Almost all NFTs and trading cards since, like SOG and Rare Pepe, use this model.

I am not aware of earlier 1/Ns on other platforms either.

Before JPGOLD at 1000 tokens, the lowest fixed supply of any indivisible asset was 100,000 which is not scarce and why I do not consider these 1/Ns.

If you add the condition that the token must have actually been collected at the time, i.e. traded, JPJA is the first on Counterparty. Only seven 2014 assets fall into this category before Spells of Genesis cards appear in 2015. View the list.

There may have been earlier trades of assets on other platforms, like domains on Namecoin. But in terms of risk-free trades on a decentralized exchange, JPJA may indeed be first regardless of blockchain.

Earlier DEX trades did of course occur but none involving tokens with a low, locked supply.

Not only is Book NFT a growing niche today, shortly after JPJA a few books were announced on Counterparty. BOOKBAG was inspired by JPJA. Another one, COMICBOOK offered tokens to raise funding. They received a large enough amount to publish a printed version of the book.

Although some earlier tokens were linked to individual artists, I think neither of them specified what the link really involved. JPJA is likely the first with defined conditions and a verified payout.

JPJA is not only a very early NFT – it showed the potential of the NFT economy! As perhaps the first purposeful use of the 1/N model, it proved that individuals could fund their projects by issuing tokens, and that investors could trade these like shares on the stock market.

Beyond JPJA, here’s a list of my other tokens and projects from that year.

This is my original note:

This is the first asset I ever minted. Although it didn’t serve a purpose beyond “just for fun” and only hinted towards gold, it turns out to be the first use of the scarce 1/N model* on Counterparty. By scarce I mean a token supply low enough to be a potential collectible.

This scarce 1/N model has been used thousands of times since, including for Spells of Genesis, Rare Pepe and Curio Cards. Thus, JPGOLD stands out as the first token with all the essential economic parameters set right;

Sure, you may find collectibles with earlier initial issuance. But all of these have had some economic parameters changed later, meaning been locked and/or had tokens destroyed to fit the JPGOLD model.

As far as I can tell, JPGOLD is the first 1/N token regardless of token platform.

* From the 1147 assets that had already been issued, none had a low, locked supply of indivisible tokens. None were even close. The lowest by then was 100,000 tokens – one hundred times more!

Minted the day after JPGOLD, OLGA stands out as being the first non-fungible token on Counterparty – and even the oldest known on any token platform. Read more.

JPBULL (1/7) and JPBEAR (1/7) are possibly the first ever tokenized bitcoin derivatives.

I auctioned off call and put options against the Bitcoin price. At expiry Bitcoin was below the strike price and JPBEAR holders received a payout.

Everything is documented in the file Value-of-XCP.pdf on pages 8-11. This is the same notarized pdf as for JPGOLD.

I concluded that blockchain makes fully transparent contracts possible, yet trading on the DEX is too slow for a real life application.

Note
The JPBULL and JPBEAR tokens are divisible. The original supply of 7 was locked in 2021.

Counterparty News was a blog with a token rewards program. Unfortunately, I failed to attract participants.

I consider this the least important of the 2014 financial experiments. Read about it here.

My ‘Proof of Prediction’ experiment was not tokenized (it wouldn’t make sense to do so) but I mention it here as it was done in the same ‘pioneering peer-to-peer finance’ spirit as the before mentioned experiments.

The background is explained on page 6 of Value-of-XCP.pdf.

“There’s no shortage of persons who claim they were able to predict a stock market move. There’s also plenty of academics and “experts” who arrogantly (and ignorantly) state that this is impossible. In reality it is possible to make a forecast with some degree of accuracy. The problem is to prove that you really did make the predictions that you claim to have made.”

I can indeed today prove that my rhodium prediction made a whopping 700% return. At the same time it’s impossible to hide some other embarrassing recommendations. This again shows the transparency of blockchain. I cannot cherry-pick winners without exposing the losers.

You can find all these reports in JP_VINTAGE_TOKENS.zip.

Note
My Bitcointalk profile is hacked. Please ignore whatever project it advertises.