The token ecosystem of 2014 and 2015 is characterized by creativity and experimentation. Little money was involved at the time and a handful of visionaries, driven by ideas not greed, came up with some pretty fascinating stuff.

The tokens I present here are all on Bitcoin/Counterparty, which was the dominant standard pre Ethereum. My list is by no means complete. I merely list the most exciting tokens I can remember (including some I created myself). If you dig on Xchain, BitcoinTalk and the Counterparty Forums you may well discover more hidden gems.


TEST (13 January 2014)
Title: [None]
Supply: 1000 tokens (unlocked)
– Largest: 94%
– Holders: 5
This is the first asset registered through Counterparty. It’s unlocked. If the issuer locks the supply, we could see some collector interest in these tokens. By the way, the issuer was last active in 2018 so he definitively did not throw away the keys back in 2014.
Source: https://xchain.io/asset/test

Update
In late 2021 a description was added to TEST. It points to the NFT image. Be aware that this is not a historic image. It is new and TEST had no metadata prior to 2021. The supply has also been reduced and locked at 400 tokens. 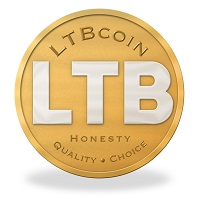 This was a very professional and innovative early token experiment. Contributors to Adam B. Levine’s Let’s Talk Bitcoin podcast/network received tokens. Even listeners received some tokens. A lot of effort was put into this program. Unfortunately it was discontinued in 2017. The LTB Network is still active, but even if they reactivate the coin I think it’s too widespread to get much value. I do keep some LTBCOIN for nostalgic reasons though.
* Excluding largest “holder” which is a burn address
** Additionally excluding Poloniex which has stopped withdrawals
Sources:
https://xchain.io/asset/ltbcoin
https://letstalkbitcoin.com/about-ltbcoin

UNIT (08 April 2014)
Title: ONE SHARE = MARKET CAP
Supply: 1 token (divisible)
– Largest: 50%
– Holders: 26
This was the first single-unit locked asset. Creative title and a fitting name. Also keep in mind that Counterparty names are unique, and there can never be another UNIT. The distribution follows mathematical logic. Half a unit is held by the largest address, a quarter by the second, then 1/8 and so on until the 26th only holds a single satoshi.
Source: https://xchain.io/asset/unit

NICEPLUM (02 June 2014)
Title: Niceplum the Musician
Supply: 100,000
– Largest: 97%
– Holders: 28
It was announced that “tokens will be redeemable for tickets, songs, merchandise, etc. And token holders will have VIP priviledges (including unreleased tracks), and can be used for music production lessons.” I don’t think any of this materialized. Anyway, it may be the first ever artist coin. If the issuer reappears and destroys much of the supply I think NICEPLUM can have some collector’s value.
Sources:
https://xchain.io/asset/niceplum
https://bitcointalk.org/index.php?topic=638680.0
https://letstalkbitcoin.com/blog/post/bitcoin-20-enabling-crowdfunding-of-music-and-art
https://soundcloud.com/niceplum

Registered a couple days after NICEPLUM, this appears to be the second artist coin. However, I have not deep-dived in the archives and, for all I know, TATIANACOIN could have been announced earlier. It’s a well made project and Tatiana Moroz is a wonderful country singer, an early supporter of Bitcoin and a libertarian activist. I think the coin can gain momentum if she reactivates the coin program.
Sources:
https://xchain.io/asset/tatianacoin
http://www.tatianacoin.com 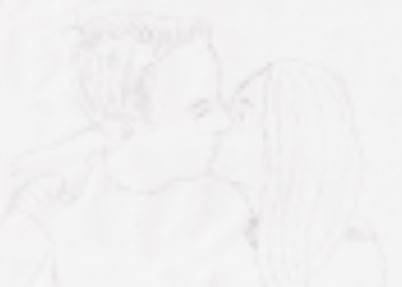 I created OLGA. It was the first 1/1 locked token which technically makes it the first NFT. The title carries a symbolic meaning too, and I later carved our image on the blockchain via a bitcoin transaction. The idea was that since blockchain is an eternal medium (even more so than the bedrock early humans used for carving petroglyphs) our token of love will last forever! Little did I know it would be discovered seven years later and become one of the most famous NFTs.
Sources:
https://xchain.io/asset/olga
https://jpjanssen.com/timeline-of-olga-nft/ 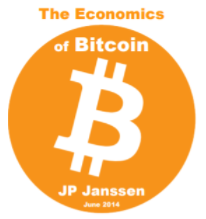 Another experiment of mine, JPJA can be considered a Book NFT and a DeFi contract. It was perhaps the first ever of both. The holders of the token received a dividend on a pre-determined date based on the book’s tip revenues. I retained 74 tokens myself and have just recently sold three of them.
Sources:
https://xchain.io/asset/jpja
https://jpjanssen.com/jpja-2014-book-nft-defi-pioneer/


FLDC (04 July 2014)
Title: FoldingCoin is a cause coin built on Counterparty. Distributed on a schedule, FLDC is given to those that donate cycles to Folding@home based on their individual contributions. This new currency can be transferred from person to person using the Bitcoin blockchain and the Counterparty protocol.
Supply: 999,999,999 (divisible)
– Largest: 34%
– Holders: 9412

This project kept going for years thanks to Robert Ross and an enthusiastic community. I did some folding myself, which meant I downloaded an app to have my computer contribute some CPU cycles to medical science. In return I got a proportional amount of FLDC. This was far from a getting rich quick scheme. Rather it was a nice charity with a fun little token reward. I keep some FoldingCoin for emotional reasons but I don’t see it getting any monetary value soon. Like LTBCOIN, the token is too widespread for this to happen.
Sources:
https://xchain.io/asset/fldc
https://foldingcoin.net/

FFLTEAM[A-N] (24-27 July, 2014)
Title: [Broken URL]
Supply: 1-100 (unlocked)
– Largest: 100% (except 85% for one asset)
These are 14 different assets, most with 100 unlocked tokens. I don’t know much about this project except it’s a Fantasy Football League and made by Joe Looney who later went on to create Rare Pepe. If he shares some information about this project and locks the supply, this can very well become a collector favorite.
Source: https://xchain.io/search?query=fflteam 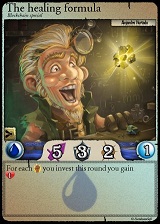 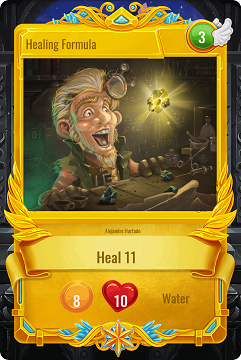 The token was distributed to FoldingCoin miners in April and May 2015. The supply was locked on June 15 the same year. I don’t know when the artwork was revealed though. There’s no on-chain reference to the jpeg, and I couldn’t find any dated tweets or blog posts either. There are also two versions of this card. However, I don’t think this matters. It’s the first ever crypto game card and art project! The fair initial distribution to folders doesn’t hurt either. At the time of writing FDCARD trades above $100,000.
Sources:
https://xchain.io/asset/fdcard
https://twitter.com/FoldingCoin/status/606151849046097920
https://spellsofgenesis.tumblr.com/post/116644097515/what-is-an-fdcard 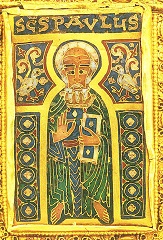 This must the weirdest token on the list. Issued anonymously, salvation was given to a few prominent members of the Counterparty community. To lock the supply, the issuance right was transferred to 1SaLvationGodsMarveLousGracaLgYQS, an obvious burn address. Astounded by this mystical token, Chris DeRose and Junseth discussed it thoroughly on the XCP Weekly talk show.
Source:
https://xchain.io/asset/salvation
https://soundcloud.com/robert-ross-89/xcp-weekly-update-12-bitcoinxt-released#t=23:58

Note
In late 2021 I releveled that I the anonymous issuer was in fact me.

MYSOUL (11 November, 2015)
Title: My soul.
Supply: 100 (unlocked)
– Largest: 100%
– Holders: 1
Some times one word, or in this case two, says it all. It’s refreshing to see an NFT backed by words, not a jpeg. If the issuer, Rhea Myers, locks the supply I wouldn’t be surprised if collectors show interest in these tokens.
Source:
https://xchain.io/asset/mysoul
https://rhea.art/mysoul